The effect of the Coronavirus on contracts 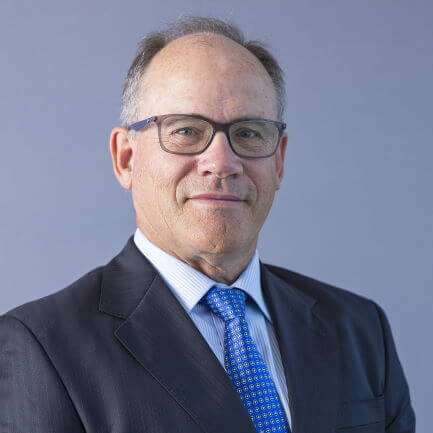 In our Newsletter last week we discussed in general terms the effect of the Coronavirus on contracts. This has created a lot of interest.  As it is  now clear this disruption will be with us for some time, this week we delve a little deeper into that topic

This is the second instalment in our series on how the Coronavirus outbreak can infect your business and contracts. This report deals only with the legal issues of contract relevant to the decision of whether you as the buyer can refuse to settle, for example, a business purchase contract,

1. The starting point is that you are a party to a subsisting contract which requires settlement. If the buyer refuses to settle or is unable to settle then in the normal course the buyer would be in breach and the seller would have remedies for that including:

2. If you are determined not to proceed, then you may consider asserting that the “business” now at the date of settlement is materially different from the business that was the subject of the contract when the contract was signed. Specifically, you would note that the Australian Government has issued an edict prohibiting the trading or operating for any dine-in facilities or liquor consumption on-site and that all such facilities have been reduced to take-away sales only.

3. The relevant part of the law that deals with these issues is the law of contract and to a lesser extent the law of equity. A dissertation on all relevant areas is beyond the scope of this newsletter. The purpose of this paper is to deal with the law of frustration.

4. The elements of the law of frustration are set out in National Carriers v Panalpina (Northern) Ltd [1981] AC 675. In that case, the Court recognised this doctrine as:

The Court felt it unnecessary to select which of those might apply in particular circumstances.

5. On page 700 Lord Simon stated that the following conditions must be met:

6. With respect to the point (c); in most business contracts, the parties did contemplate that there may be a risk to the business and the contract usually states that the risk remains with the seller until the date of completion. While risk normally relates to physical destruction through, for example, storm damage or fire, there is no reason why it should preclude statutory or legal intervention materially affecting the business.

“…is never a pure question of fact but does in the ultimate analysis involve a conclusion of law as to whether the frustrating event or series of events has made the performance of the contract a thing radically different from that which was undertaken by the contract……and the understanding of mercantile men about the significance of the commercial differences between what was promised and what in the changed circumstances would now fall to be performed.”

8. It is not a frustrating event if the event merely makes the contractual obligations more onerous or expensive to perform.

Change of the Law

9. Where a subsequent change of the law makes the performance of the contract impossible, the contract is frustrated. In general terms, this relates to the actual performance being illegal, see Gamarco SA v ICM/Fair Warning (Agency) Ltd [1995] 1 WLR1126, in that case, a concert would have become illegal because the safety certificate for the stadium was revoked prior to the concert.

10. In Fibrosa Spolka Akcyjna v Fairbairn Lawson Combe Barbour Ltd [1943] AC 32 involved a contract for the supply of goods to Poland. The outbreak of World War Two made that supply illegal. The House of Lords held that that frustrated the contract.

11. Substantial Government intervention that prevents proper performance of an obligation may frustrate the contract, see Metropolitan Water Board v Dick, Kerr & Co. this was a contract for the construction of a reservoir however war broke out, the Minister for Munitions ordered that the work cease. This was a Government intervention making the contract unperformable and hence it was frustrating.

12. In C Czarnikow Ltd v Rolimpex [1978] 2 All ER 1043, a Polish marketing authority agreed to sell sugar beet to the plaintiff, however, the Polish Government banned all sugar exports before delivery. This was held to be a frustrating event.

There are many examples where war or the consequences of it have acted as a frustrating event. Note however that such frustrating event is usually more permanent in nature i.e. for the duration of the war or they’re simply illegal at the time of performance. That’s not the case here. The sellers will assert that this is only a temporary interruption to business and is at worst a delay. The buyer’s position is that the business is now materially different and may never recover to its current status. It is not just a question of delay in the operating activity. It is a question of material delay and a substantial diminution in the permanent operating capacity of the business.

NOTE. The material herein is educational only and should not be relied upon as legal advice. Each case will depend on its own circumstances. Please call Peter Lee on 07 3186 6666 to discuss your particular circumstances, and obtain legal advice tailored to your needs.